Perform in my Lab

You are here: epigenomics Websites > epiprocolon > Laboratories > Detection and Technology

Cytosine residues in the v2 region of the SEPT9 gene may become methylated in colorectal cancer tissues. When DNA isolated from plasma samples is treated with a high concentration of bisulfite, unmethylated cytosines are converted to uracil while methylated cytosines remain unchanged (Figure 1). As a consequence of treatment, the DNA sequence is altered based on methylation status and can be analyzed by Real-Time PCR amplification (Figure 1). 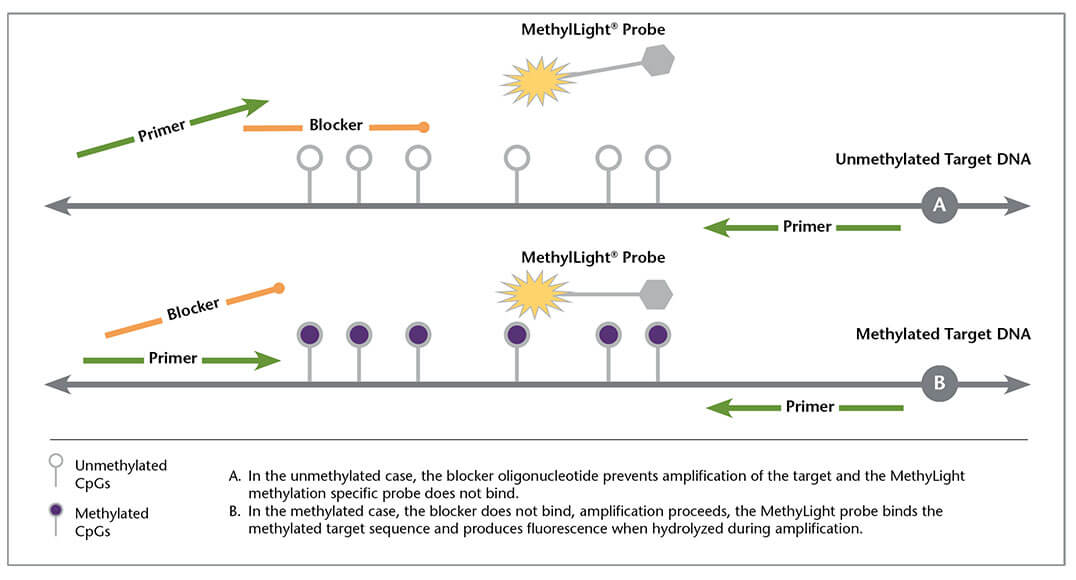